It may not be an overstatement to say that "the one who controls the spin controls the game" in both the offense and the defense.

Then, what if we eliminate "spin" from that table tennis?

Because the technology of spin is very deep, in order to master it and play an active part in table tennis world it is said that "education for gifted children from early childhood" is needed more than other sports.

Conversely, if you are a table tennis without spin, it is not too difficult to master one skill, not to mention extreme early education is not necessary, as well as many people all over the world " "You will be able to play with.

Nonspin table tennis "Nonspin" is not only a casual way for everyone regardless of age or sex, it is a very unique new sports "everyone can aim at the world".

Ping-pong is the "interpersonal competition", that is, "game" with the opponent.

Since it is a game, we can not deny that excitement will be raised by conscious of victory or defeat.

However, by making "victory" the ultimate goal, among various contemporary sports circles in which various problems and other problems are erupting, each participant in this Nonspin is "wonderful thing more than victory "I hope you find it.

Rather than pursue the spin, what will be born by stopping the spin?

I look forward to your participation. 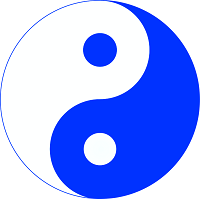